The visit of Doug Millard, the senior curator of the British science museum, took place as scheduled on Wednesday 27th October.

His talk was very well attended and he gave an interesting comparison of the Soviet and Russian space capabilities during the Apollo era. He also gave an insight into building of the exhibition held at the museum in 2015 which contained many original equipment from the Soviet space program. 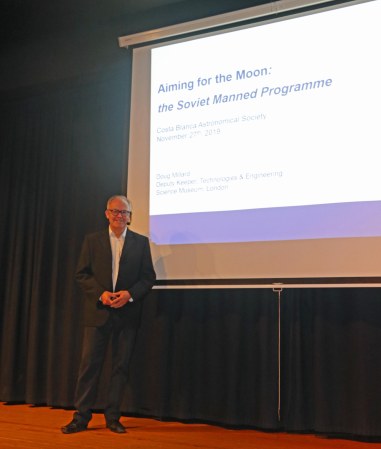